In 1965, American Urologist Reed N. Nesbit, from Michigan University, first described three cases of young patients with penile curvature during erection. Nesbit reported that the curvature in these cases was caused entirely by an asymmetry of dimension in the corpora cavernosa, and a comprehensive search of the literature has yielded no previous references to this congenital deformity. Nesbit also present the description of corrective operation. After the Nesbit’s report, numerous articles have been published in the literature and the surgical technique described by Nesbit in 1965 was accepted as the gold standard technique for the correction of this asymmetry of dimension in the corpora cavernosa.

Penile curvature caused by an asymmetry of dimension in the corpora cavernosa is a congenital deformity of penis. The curvature is fully evident after the post-pubertal genitalia development when the penis increases in length. The aetiology of this congenital anomaly is not fully investigated.

The deformity appeared to be due solely to a disparity in length between the upper convex surface and the lower concave surface of the corpora cavernosa. For this reason the full erection of the penis cause a downward penile curvature, because the short lower concave surface of the corpora cavernosa don’t expand as the upper convex surface. In the majority of patients the congenital penile curvature is a downward curvature, but in few patients the curvature is lateral.

The surgical technique is based on the shortening the longer upper convex surface of the corpora cavernosa, thus restoring the length between the upper convex surface and the lower concave surface of the corpora cavernosa. This technique causes a 1-2 cm shortening of the penis. In some patients the penile congenital curvature may be associated with penile torsion or combined curvatures (downward plus lateral). Surgical correction of these complex congenital curvatures represents a challenging problem and should be referral to a specialized Center.

The treatment of Penile Congenital Curvature 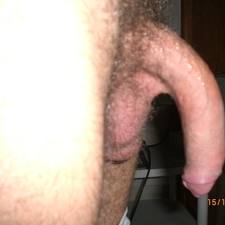 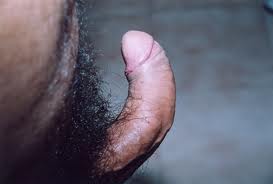