- Hormonal ED ( testosterone replacement therapy is effective, when an androgen deficiency is present, but should only be used after other endocrinological causes of ED have been excluded: hyperprolactinaemia, hypo or hyperthyroidism, etc.)

Most men with ED will be treated with treatment options that are not cause-specific. This approach requires a structured treatment strategy that dependes on efficacy, safety, invasiveness and coast as well as patient and partner satisfaction. The choice of treatment options must consider the effects on patient and partner satisfaction and other quality of life factors, as well as efficacy and safety.

The first-line therapy for ED is oral pharmacotherapy. Among the drugs we can orally use on first approach we have some natural substances
(as Yohimbine, used as an aphrodisiac for almost a century), or actual drugs (Viagra®, Cialis®, Levitra®,Spedra®),which if appropriately used, are effective within 30-60 minutes from administration and can improve erections in over 70-80% of men with ED. Each of these drugs has its indications and its side-effects. Therefore ED-oral drugs must be carefully prescribed and monitored by a specialist.

Patients not responding to ED-oral drugs may be offered the so called intracavernous therapy with high success rates of 85%. Intracavernous administration of vasoactive drugs was the first medical treatment for ED more than 20 years ago. Alprostadil (Caverject®) is the first and only drug approved for intracavernous ED treatment. It is necessary to perform a microinjection into the penis with this drug and then the erection appears after 5-15 minutes and lasts according to the dose injected. These drugs as well as those given orally, have the goal to treat and improve the circulation as well as the function of the penis. These penile microinjections can be used alone or together with Vacuum constriction Devices (devices which provide passive engorgement of the penis in conjunction with a constrictor ring placed at the base of the penis to retain blood within the penis). An office-training programme (one or two visits) is required for the patients to learn the correct injection process. After at home the patient can use intracavernous therapy not only to achieve a temporary erection to have sex, but also to continue the rehabilitation of the penile circulation (cavernosal gym).

Today it is possible to use  Topical Prostaglandin E1 (Alprostadil) also by MUSE® (Medical Urethral System for Erection )  and VITAROS®.

MUSE ® (Medical Urethral System for Erection )i s a single-use, medicated transurethral system  to deliver the drug  to the male urethra. Alprostadil is suspended in polyethylene glycol 1450 (as excipient) and is formed into a medicated pellet (micro-suppository measuring 1.4 mm in diameter by 3 mm or 6 mm in length) that resides in the tip of a translucent hollow applicator. MUSE is administered by inserting the applicator stem into the urethra after urination. The pellet containing alprostadil is delivered by depressing the applicator button  The components of the delivery system are constructed of medical grade polypropylene. Each MUSE system is packaged in an individual foil pouch. MUSE is available in 4 dosage strengths: 125 mcg, 250 mcg, 500 mcg, and 1000 mcg.

VITAROS® is a new topical, non-invasive treatment for ED that offers the combination of an active drug (alprostadil, a synthetic PGE1) with a skin enhancer that improves its local absorption directly at the site of action. VITAROS has a favorable pharmacodynamic profile and is poorly absorbed in systemic circulation. This makes it suitable in any circumstances and results in a reduced risk of adverse events (AEs), being systemic AEs reported in only 3% of the treated population. Its clinical efficacy has been demonstrated in both phase II and III trials, showing a global efficacy up to 83% with the 300 μg dose in patients with severe ED significantly better than placebo. Its fast onset of action together with its favorable toxicity profile and lack of interactions with other drugs makes VITAROS a second-line therapeutic option for patients with ED, particularly for individuals who are reluctant to take systemic treatments or with AEs. It may also have an important role in patients not responding to PDE5 inhibitors. VITAROS is available in 2 dosage strenghts:200 mcg and 300mcg 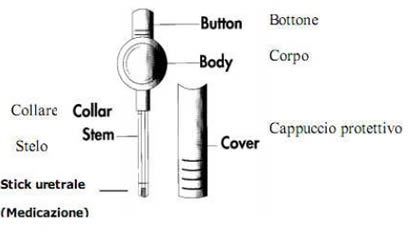 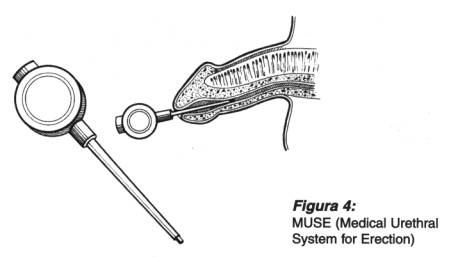 MUSE (applicator stem into the urethra) 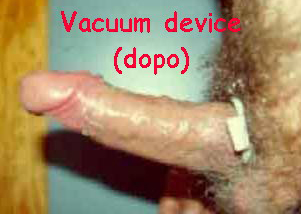 Self injection therapy for erectile dysfunction

How to use Vitaros

application MAY 2015_1 from nogunarmy on Vimeo.

Vascular regenerative therapies for the treatment of erectile dysfunction - review 2013

New drug for the treatment of erectile dysfunction