Peyronie’s Disease (PD) (Induratio Penis Plastica) is named after the French physician Francois La Peyronie (1678-1747) and is an acquired inflammatory disorder of the tunica albuginea (a structure which covers the penis in its interior). It is characterized by the formation of a plaque of fibrous tissue which may be associated with erectile dysfunction and pain on erection. There may be difficult of penetration as a result of the curvature and a condition may be accompanied by some impairment of erectile capacity. The early stage of PD is characterized by an inflammatory response beneath the tunica albuginea with a formation of a thickened plaque of fibrous tissue. Calcification and/or ossification may occur. The PD’s incidence is estimated to be between 0.4-3.2%. But the epidemiologic data available suggest that this incidence is higher than previously thought. In USA we can find annually 32000 new cases of PD. The pathophysiology of PD remains poorly understood and is considered to be multifactorial with the interplay of a genetic predisposition, penile micro or macro-trauma and tissue ischaemia. We also know that smoking and lipid dysmetabolism are important cofactors for PD. The average age of onset was 53 years old . PD can start with slight pain during erection and coitus, and after we can find curvature and erectile dysfunction.

PD’s diagnosis is usually easy based on clinical history and examination (penile nodule), photographic documentation of a natural erection and a so-called dynamic penile echo-colour-doppler (a particular duplex ultrasound examination of the penis with a intracavernous injection of PGE1-a vasoactive drug- to see better penile vascular status and PD’s plaque size).

Many different operations have been described, but the quality of erection is important in the choice of operation, and may be catagorised as good, impaired but satisfactory with Viagra©, Cialis©, Levitra©, or poor even with treatment. If there is a valid erection plastic surgery is an option, the attempt is to straighten the penis when there is an important curvature making intercourse difficult. If there isn’t a valid erection, penile implant, resolving at the same time both the erectile and curvature problems, is the best solution.

Recommendations for the patient with Peyronie's Disease 2005 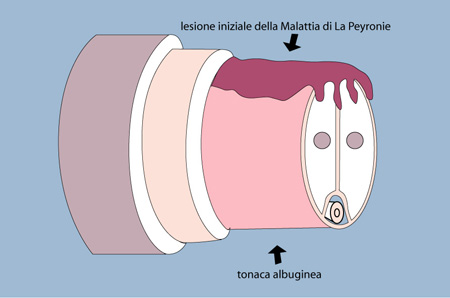 Peyronie's disease : how it starts 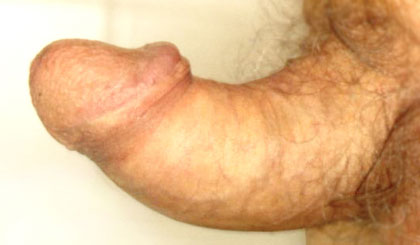 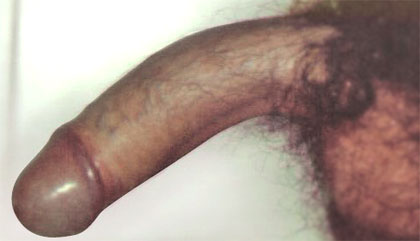 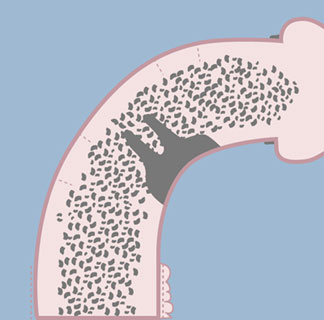 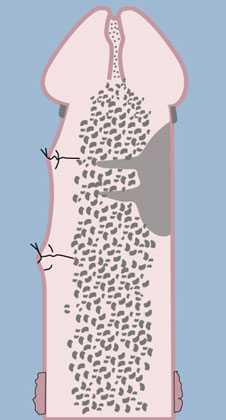