Frenulum of prepuce of penis is an elastic band of tissue under the glans penis that connects to the prepuce, or foreskin to the vernal mucosa, and helps contract the prepuce over the glans. Frenulum breve is the condition in which the frenulum of the penis is short and restricts the movement of the prepuce, which may or may not interfere with normal sexual activity. This condition can be treated by “Frenuloplasty or Frenectomy”

CPC is a congenital condition caused by asymmetry of the cavernous body of the penis. CPC has an incidence of 0.6%. Curvature over 30 degrees is considered clinically significant; curvature over 60 degrees may interfere with satisfactory sexual intercourse in adulthood. In CPC it is possible to perform surgical procedures to straighten the penis.

For more informations see the chapter Peyronie's Disease. If in PD there is a valid erection plastic surgery is an option, the attempt is when there is an important curvature making intercourse difficult to straighten the penis.

- PLASTIC SURGERY FOR LENGTHENING AND ENLARGEMENT OF THE PENIS

No patient seeking penile lengthening or enlargement procedures should be operated upon without a psychiatric assessment.

In men with a true micropenis (stretched penile length of less than 9 cm) a penile lengthening procedure might be indicated although it is recognized that the length of the erectile tissue remains unchanged. Section of the penile suspensory ligament may be performed with an apparent increase in the length of the penis in the flaccid state. Penile enlargement procedures using fat injection, dermal fat grafts, incision of tunica albuginea with vena safena grafting, have all been tried with generally disappointing results.

Penis size: what is normal?

The myths of penile surgery

Surgery for penile lengthening and thickening 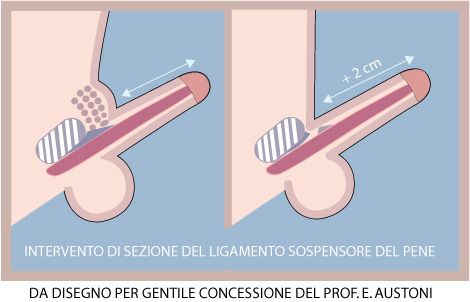 Surgery : section of suspensory ligament of the penis (picture) 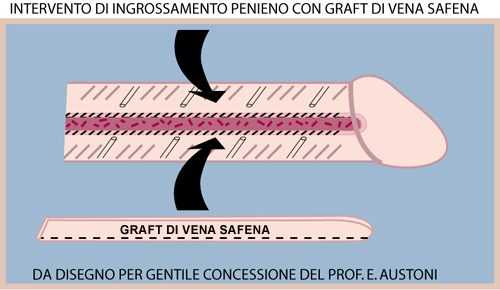 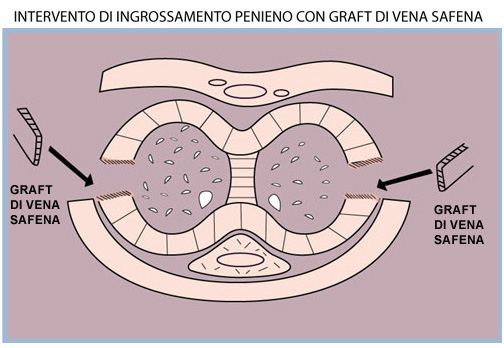 Surgery for penile lengthening and thickening