A hydrocele  is a fluid-filled sac surrounding a testicle that results in swelling of the scrotum, the loose bag of skin underneath the penis. They are common in newborns, but most hydroceles disappear without treatment within the first year of life. Older boys and adult men can develop a hydrocele due to inflammation or injury within the scrotum.

A hydrocele usually isn't painful. Typically not harmful, a hydrocele may not need any treatment. However, if you have scrotal swelling, see your doctor to rule out other causes.

Usually the only indication of a hydrocele is a painless swelling of one or both testicles. Adult men with a hydrocele may experience discomfort from the heaviness of a swollen scrotum.Sometimes, the swollen testicle may be smaller in the morning and larger later in the day.

The differential diagnoses include  varicocele, hernia, simple epididymal cyst, and spermatocele (benign cystic accumulation of sperm that arises from the head of the epididymis)

WHEN TO SEE A DOCTOR

See your doctor if you experience scrotal swelling. It's important to rule out other possible causes for the swelling. Sometimes a hydrocele is associated with an inguinal hernia, in which a weak point in the abdominal wall allows a loop of intestine to extend into the scrotum and which may require treatment.

If your baby has scrotal swelling, make an appointment with your baby's doctor. If the doctor determines that the cause of the swelling is a hydrocele, it will typically disappear on its own. However, if your baby's hydrocele doesn't disappear after a year or if it enlarges, you should make another appointment for your child's doctor to examine the hydrocele again.

For baby boys, a hydrocele can develop in the womb. Normally, the testicles descend from the developing baby's abdominal cavity into the scrotum. A sac (processus vaginalis) accompanies each testicle, allowing fluid to surround the testicles.

In most cases, each sac closes and the fluid is absorbed. However, if the fluid remains after the sac closes, the condition is known as a noncommunicating hydrocele. Because the sac is closed, fluid can't flow back into the abdomen. Usually the fluid gets absorbed within a year.

In some cases, however, the sac remains open. With this condition, known as communicating hydrocele, the sac can change size or, if the scrotal sac is compressed, fluid can flow back into the abdomen. In older males, a hydrocele can develop as a result of inflammation or injury within the scrotum. Inflammation may be the result of infection of the small coiled tube at the back of each testicle (epididymitis) or of the testicle.

Most hydroceles are present at birth (congenital), and babies who are born prematurely have a higher risk of having a hydrocele.

Risk factors for developing a hydrocele later in life include:

A hydrocele typically isn't dangerous and usually doesn't affect fertility. However, it may be associated with an underlying testicular condition that may cause serious complications:

For baby boys, hydroceles typically disappear on their own within a year. If a hydrocele doesn't disappear after a year or if it continues to enlarge, it may need to be surgically removed.

For adult males as well, hydroceles often go away on their own within six months. A hydrocele requires treatment only if it gets large enough to cause discomfort or disfigurement. Then it may need to be removed. 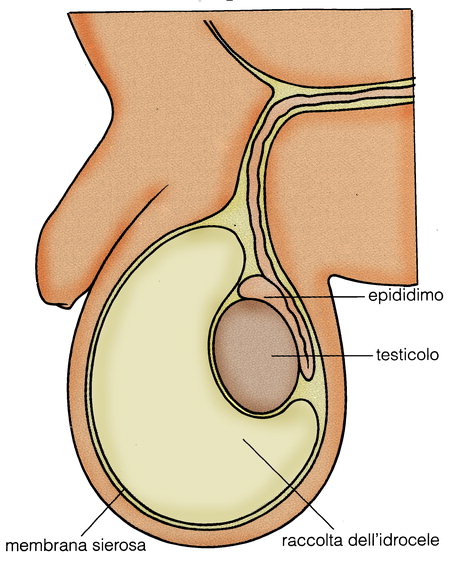 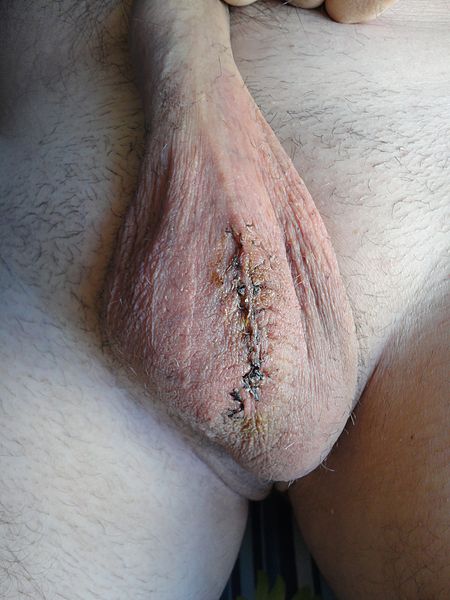